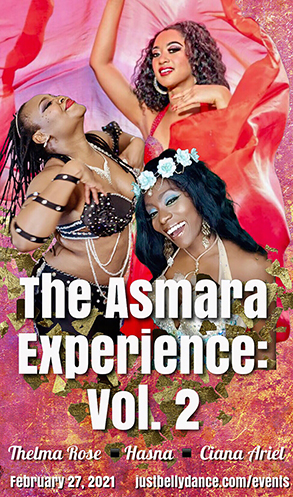 On Saturday, February 27, we will present you with a day of workshops with four incredible instructors; Ciana Ariel, Thelma Rose, and Hasna. Below are the workshop descriptions and prices. Classes will be conducted on Zoom. Details for accessing the class will be provided within 24 hours before. Enjoy!

**If you are experiencing extenuating barriers or hardships, please contact us.**

In this workshop we will work on connection to music, contrast in our movements, and threading movements together so that we have the ability to look fluid and effortless in our dance. Explore and begin to strengthen concepts of musicality, expression and overall movement quality so that whether you are doing choreography or improvisation you look strong and confident with the ability to let your personality shine in every performance! We will be stacking, layering and drilling movements and combinations to build and reinforce a dynamic, rich dance vocabulary.

Drum solo made exclusively for you by Thelma Rose.

Join Hasna for a light and fun workshop of simple moves and combinations to lift your spirits and senses. In this workshop you will learn the basics while dancing to a fun, upbeat Egyptian pop song. This workshop will be taught at a beginner dance level.

Dive into the heart of Egyptian folklore with earthy Sa'idi. In this workshop we will cover a brief history of Sa'idi style movement and music, delve into foundational assaya technique, and dance it up with fun combinations! No cane? No worries! Omoladun will provide modifications for the combos without assaya.

Support our mission with your donation

There are several ways you can donate 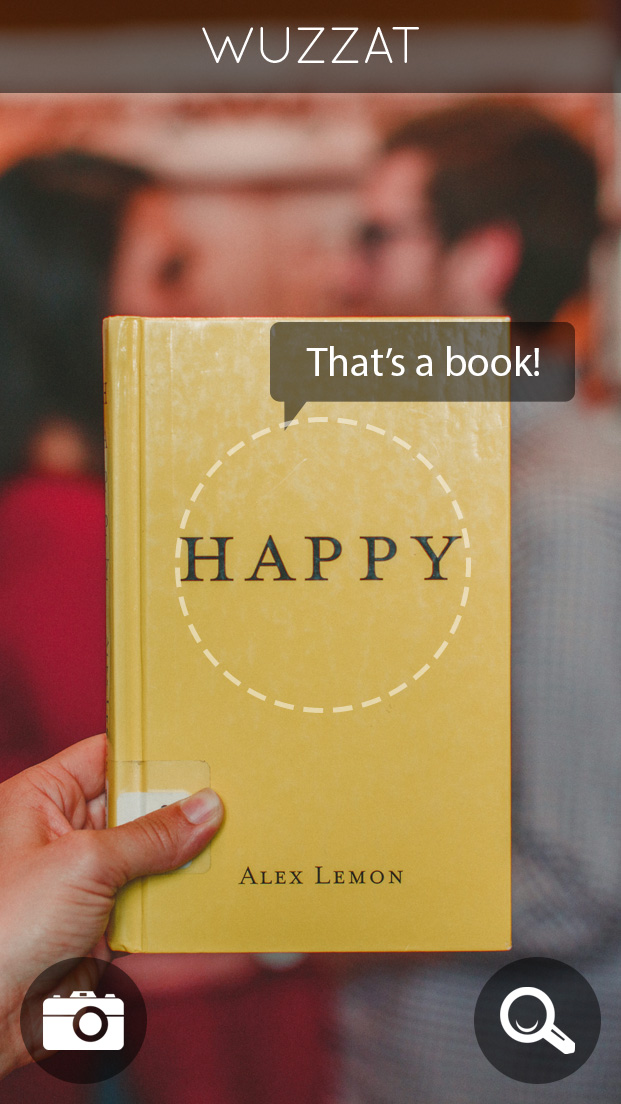 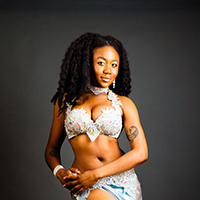 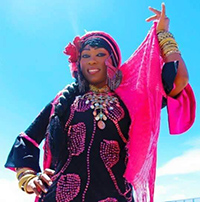 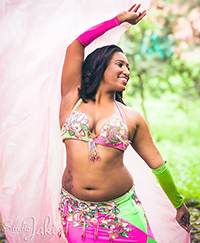 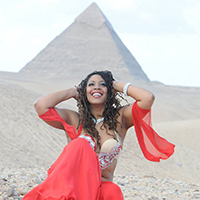 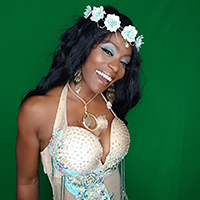 Maiea has been performing Raqs Sharqi since 2006. Her style is a seamless combination of Egyptian and American Cabaret. Since her first class, she instantly fell in love with this art form and has never stopped learning. Her first instructor was Chandani, of the now closed Body Works by Chandani, which was one of the only studios in Virginia Beach dedicated to Raqs Sharqi studies and one of the longest running. During her stay in Virginia Beach she also trained with Kalaa and Ursula. Maiea then had the honor of joining the award winning troupe Hippy Chicks Raks. It was at this time she also started teaching classes to share her passion with others.

She relocated to Georgia in 2011 began training to further her education and immerse herself in this art form, with Amani Jabril and Samora. During the time she was in Georgia she maintained steady work at various restaurants within the Atlanta area further developing her style and enjoying her journey. Now once again back in Virginia she is studying with Chudney Raks while also teaching her own classes, at Seven Cities Dance Studio, and part of Raks Royale. Throughout her dance life she has taken workshops and shared a stage with such instructors as Bozenka, Virginia, Luna of Cairo, and Orit just to name a few. She has also sought to further learn about the cultures this dance comes from by visiting Egypt with Sahara's, the JTE program, and going to Turkey. Professionally she has won various awards as a solo dancer and troupe member and has even hosted her own event. Her goal is to never stop learning, dancing, and never stop sharing and she hope to make this possible for as many people as she can!

Middle Eastern dance has captivated many and inspired people from all backgrounds around the world. Khadijah is one of the most sought after instructors, performers and choreographers of Middle Eastern Dance and Folklore! Her upbringing and coming from an artistic family, had prompted her to persue studies of music and movement in various Arabic dance styles and beyond.

She has been featured in BellyDance magazine (California), BellyDance TV (California), Al Seha TV (Cairo), Univision (Colorado), The Denver Post (Colorado), TV appearances with HBO and more! Her unique, energetic in combination with great athleticism and grace is deeply rooted in tradition, has made her amazing signature style popular worldwide.

Khadijah has traveled to many countries over the years to not only to instruct, choreograph and perform but to also study from the worlds most respected and renowned artists in Middle Eastern dance/Music and beyond! Khadijah’s foundation in Arabic dance came from many mentors around the world!

Khadijah has had the great honor in increasing her knowledge of Arabic dance and music by attending many festivals, workshops and sharing the stage with many masters/legends in Arabic dance and beyond. Khadijah currently resides in Denver, Colorado. She is a highly sought out performer locally in many 5 star establishments such as Mataam Fez Moroccan restaurant, Phoenician Kabob Lebanese restaurant, Sahara’s, Lannie’s ClockTower , Palais Casablanca and more.

When Khadijah is not traveling, she provides dance class instruction in Denver as well as online instruction. She is an avid practitioner of Muay Thai (Thai Boxing style), Long distance runner, community activism and a Veterinary Microbiologist. You can expect amazing things from Khadijah!

Sabia is an entertainer, choreographer, and instructor, with a very diverse dance background. Before pouring herself into belly dance, she studied and later taught ballet and tap dance. She also studied West African, Jazz, and Bollywood style dance. Sabia has over ten years of formal belly dance training. She has studied Middle Eastern and North African dance with instructors around the world.

Sabia is known for her warm, sensual style. She finds joy in connecting with her audience and facilitating an emotional experience for them.
Her heart lies in Egyptian style belly dance. She also enjoys pulling from her other dance backgrounds and performing fusion dance pieces.

Sabia shares her love of dance with the world through performances, teaching, and developing shows. She is the producer of Attack of the Belly Dancers, an original production that celebrates the diversity of belly dance and the artists that perform it. She also teaches belly dance classes for the Los Angeles LGBT Center.

Sabia enjoys collaborating with other dancers. She is a co-founder of the Asmara Dance Initiative, a nonprofit organization comprised of belly dancers of color who facilitate and fund events that celebrate belly dancers from the diaspora. Sabia is also a member of the Persica Dance Company, an innovative dance company designed to bring the beautiful dance forms of the Middle East and North Africa to new stages worldwide.

Outside of her dance life, Sabia works in community healthcare and is a clinical mental health counselor. She also is passionate about doing social justice work, baking, gardening, and traveling to new places.

Hasna specializes in Egyptian-style belly dance. She has traveled to various countries around the world study with various instructors to learn her craft. She is located in Atlanta, GA and performs at various public events as well as private venues. She performs at various shows in and out of state. Hasna is also a member of Persica Dance Company, which is an innovative new dance company designed to bring beautiful dance forms of the Middle East and North Africa to new stages around the world. She finds great joy, inspiration, and fulfillment in the performing art of dance. Dance is her passion and inspiration in life. She brings fluidity, grace, elegance, and panache to the stage, and makes it her mission to leave a memorable footprint with each performance.

Hasna's love of dance is what keeps her going, as it has been therapeutic and uplifting for her throughout life. Dance runs through her veins and will never leave her no matter how old she gets. She has dabbled in a few arenas of MENAT dance and has explored fusion dancing, but her passion lies in Egyptian-style dancing. Hasna's goal is to never stop learning and having fun, and she likes to connect with people who share the same passion.

Hasna is the founder and admin of the Just Belly Dance website which currently provides event promotion, ticketing, and registration management tools. Her goal is to provide solutions that create value for the belly dance community and prospective learners.

Outside of her dance life, Hasna is an IT Specialist providing Web solutions and maintenance services. Her favorite pastimes are gardening, crafting, and enjoying the outdoors.

Jaicyea is an Egyptian-Style bellydancer born and raised in Toronto Canada. Since 2009, Jaicyea has expanded her knowledge by training with world-renowned instructors in Egypt and North America such as Nada El Masriya, Yasmina Ramzy, Abigail, Melissa Gamal, Emilia Moon, Sahar Samara & Sadie Marquardt. She has spent recent years participating in a variety of festivals (Youth Day Yonge-Dundas Square, DESIFest, Taste of the Danforth, DanceOntario events and music videos (Fethi Nedjem Single Release, 2020). Jaicyea is most proud of her work with Moskitto Bar, an arabic-balkan fusion band taking Canada by storm. Together they have performed as honorary guests at the Aga Khan Museum, Lee's Palace, Drom Taberna and the Opera House in Toronto.

Improvisation and choreography to traditional music comes naturally to this eclectic creative. Jaicyea has been known to experiment with non-traditional sounds such as Hip Hop/Rap, Rock & Roll, Soul and Jazz to add a unique element to her work.

Jaicyea's community work is rooted in celebrating the inner and out beauty of women and girls and is the Program Co-ordinator of Her Buddha Belly, an initiative supported by Art Starts and Toronto Arts Council.